“IIt used to be rare for journalists to come here, says Elton Caushi, head of the tour operator Albanian Trip, whom I meet in the capital Tirana. “When they came, they only wanted to talk about blood feuds and sworn virgins.”

The traditions that once dominated tribal politics in Albania’s mountains are interesting, but I’m here to examine a more recent view of the southeastern European country. Thanks to its beaches, UNESCO-listed cities and hiking trails, ex-communist Albania is being hailed as a “hot new” European destination beyond backpacking and dark tourism.

Albania had for decades a reputation as a dangerous country without walking, thanks in large part to its political isolation under dictator Enver Hoxha, who died in 1985. After Albania’s civil war in 1997 and the end of the Kosovo war in 1999, there were more visitor. gradually began to arrive in Albania, partly attracted by lower prices than in Greece and Italy. In 2009, 1.9 million tourists traveled to Albania; in 2019, the last full year before Covid, the number was 6.4 million.

The food here may be a factor in this shift. I’m with Caushi at an unnamed restaurant at 1001 Bardhok Biba, a street near the city center. “The tourists haven’t found it – it’s mainly drivers who eat here,” he says. I breakfast at sumptuous tasqebap – a soup mixture of veal, garlic, onion and tomato sauce – before Caushi takes me for dessert at 9 at Mon Amour, a Parisian-style patisserie. We pay a non-Parisian 390 lek (£2.80) for coffee and baklava pastry with ice cream.

After breakfast, I drive to Dhërmi, a village that has seen countless hotels spring up along the coast in the last decade. I arrive at the beginning of Kala, one of many small dance music festivals that have sprung up along the Riviera, with dance floors on the sand.

Dhërmi’s main, non-festival beach is clean, neatly covered in sunbeds and flanked by restaurants. All fine if you just want to sit back and plow through your Kindle. The small beaches north of here, like Splendor Del Mar and Empire Beach Resort, feel gloriously Balearic in comparison. Swimming in the clear, turquoise sea outside Splendor is clock slow calm. I haven’t had a better dive outside of Asia.

Later, on a walk to the nearby Gjipe beach – sandy, lovely, isolated, with zero hotel development – ​​I see a concrete bunker and stare at this dome overlooking the sea: a gray blob of cold war paranoia on an otherwise idyllic coast.

I see another bunker. Then another, in the hills as I drive back to Dhërmi. I start to count them, but soon realize that bunkers are as common here as rays sunbathing. About 173,371 were reportedly built in Albania between 1975 and 1983, as Hoxha prepared for potential attack.

Caushi warned me that the tourist towns of Durrës and Sarandë already attract enough holidaymakers to make them uncomfortably crowded. I stop instead in Gjirokastër and Berat: two smaller towns of famous beauty.

I prepare by reading Chronicle in Stone, the 1971 novel by Ismail Kadare – Albania’s famous author and resident of Gjirokastër. In the book, the romance of Gjirokastër’s steep, bumpy paths, which wind around buildings such as Skenduli House and Zekate House – owned by elite families and now museums – shines through his story of 1940s bombings.

“When I was a kid in the 2000s, seeing a tourist was like seeing an alien”

His ink covers the city – my hotel is in Ismael Kadare Street. However, Gjirokastër was once as famous for cannabis as Kadare, according to Blero Topulli, who works in Gjirokastër Castle. “It was considered one of the most dangerous spots in Europe – we had a village that produced tonnes of cannabis,” he says. “When I was a kid in the 2000s, seeing a tourist was like seeing an alien.”

We meet in the castle overlooking the village of Lazarat, which was full of illegal drug production until a police operation in the mid-2010s.

Thanks to its historic architecture, Gjirokastër became a Unesco site in 2005, but Topulli says the tourists didn’t arrive in significant numbers until the cannabis gangsters had left. We walk the bazaar streets, which were renovated five years ago for this tourism tilt, but it’s easy to escape this mildly Disneyfied pocket of the city. Topulli takes me uphill to watch the sunset, past mansions depicted by Edward Lear in the mid-1800s.

“Listen: the wind in the trees sounds like the sea,” says Topolli. He’s right: it hits my ears as the castle lights flash on, a soothing comedown after Kala’s beach parties.

Further north in Berat, also a Unesco-listed city, I go up to the castle. Berat has a similar historical richness to Gjirokastër – and similarly steep climbs – but feels more rugged.

The breezy lack of health and safety considerations in Berat makes it all the more fun. At the ruins of the Red Mosque, I soar up the terrifyingly thin tower’s pitch-black interior, poking my head over the top so the vertigo can override my rising claustrophobia.

“I came to Albania because you can do beach, cities and hiking in one week,” says an American tourist. In fact, after a two-hour drive to Tirana it’s a two-hour bus ride to Shkodër, the gateway to the Albanian Alps.

I take a classic ride: the 17 km route between Valbona and Theth in the Valbona Valley National Park. To get in the mood, I read Edith Durham’s High Albania, the British author’s document of the region’s tribes, based on her 1908 trek. The tough climb, with horse-tracked forests giving way to craggy half-tracks, threatens to outshine the wild beauty of the area. But after three hours I reach the top, and the view with the forest works its magic: it is fantastic on a Swiss level.

In mountain-cradled Theth, the boarding house’s pancake breakfast is soundtracked by the excited “click-click-click” of the diggers. The winding road to Shkodër was paved with asphalt for the first time last year.

Caushi says some fear Theth’s new highway could lead to overtourism. “But I’m happy for my friends there: 15 years ago you saw a cow, a chicken, a cornfield. Now they can get to school faster, to the hospital… it’s good for the local people.”

Good for me too, I think, as my bus to Shkodër skids over tarmac.

I finish back in Tirana, staying at the Hotel Boutique Kotoni in the center, then the quieter Morina Hotel, next to the Grand Park of Tirana. As the capital of a country with an anti-capitalist regime until 1992, Tirana didn’t get proper bars until well into the 1990s, according to Caushi. After a building boom in the 2000s, the city now has a population of 560,000. Hoxha’s opulent former residence has a trendy cafe right in front of it.

I am fleeting in Tirana, but visit Bunkart 1, Hoxha’s underground complex, which is now a museum and art space. Exhibitions outline decades of dictatorship, interspersed with art installations. Improperly balanced, the mix of dark history and video art can come across as distastefully hipster, but it’s captivatingly moving.

Another reminder of how quickly a place can change.

Accommodation in Dhërmi was provided by Kala; Tirana accommodation provided by Hotel Boutique Kotoni (doubles from €100 B&B, hotelkotoni.com) in conjunction with Albanian tour and Radisson Collection Morina hotel (double room from €80 room only

Can you see which way the cat is traveling? 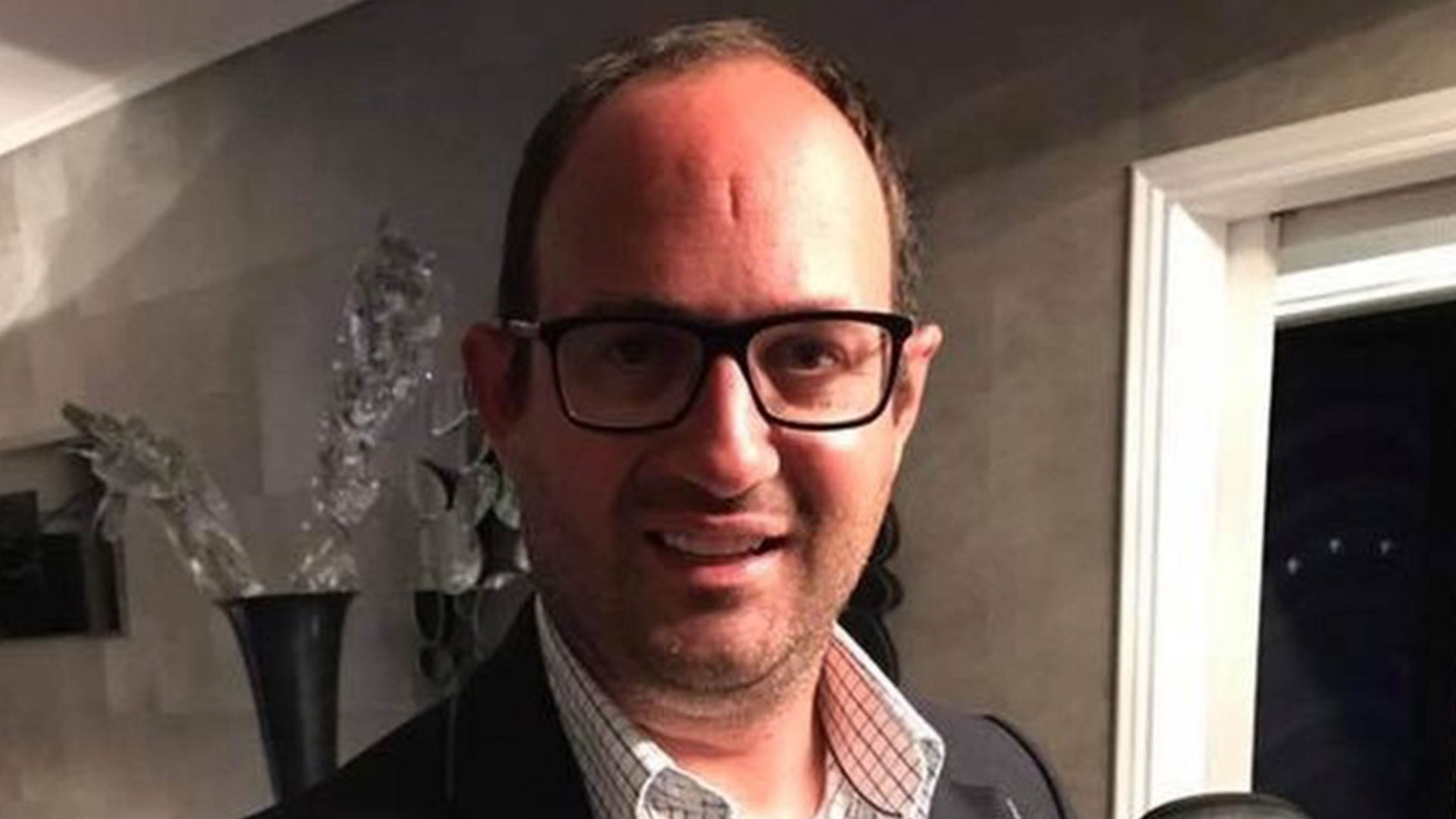