A new surveillance video shows the horrific moment a Brazilian male model ran over a 16-year-old boy, ripping off part of his leg.

The footage was shot from a condominium across the street from a beach in the Rio de Janeiro neighborhood of Barra de Tijuca and shows João Cardim crossing the street with his mother, Mariana Cardim, last Saturday.

João Cardim runs out onto the pavement when Bruno Krupp suddenly slams his motorbike into the teenager, knocking him off his feet.

Krupp, who is not licensed to operate a motorcycle, continues racing down the street and at one point crashes to the ground.

A surveillance video released on Friday shows the moment Brazilian model Bruno Krupp (pictured) ran over 16-year-old João Cardim in Rio de Janeiro on Saturday night. Cardim died at a local hospital that night. The 25-year-old Krupp is now charged with murder. He underwent surgery for a broken collarbone on Wednesday and called the incident an “accident”

Brazilian 16-year-old João Cardim (right) was walking with his mother, Mariana Cardim (left), to a beach in the Rio de Janeiro neighborhood of Barra de Tijuca last Saturday night when he was run over by Bruno Krupp, a Brazilian. model who rode a motorcycle without a driver’s license. The teenager lost part of his leg in the accident and was taken to a local hospital where he died

A still from a surveillance camera video shows the moment João Cardim runs onto the pavement before being hit by a motorcycle driven by Brazilian model Bruno Krupp, an unlicensed driver.

The impact of the accident tore off part of João Cardim’s left leg and was retrieved from a lawn near the entrance to the beach, where he and his mother planned to go before returning to their home after attending a birthday party.

Cardim was rushed to the Lourenco Jorge Municipal Hospital where he died a short time later.

Krupp was hospitalized at the same medical facility and was discharged on Sunday.

However, the social media influencer was admitted for surgery at a hospital in the Rio de Janeiro area of ​​Méier on Wednesday and was arrested after a judge issued an arrest warrant charging him with murder.

Brazilian 16-year-old João Cardim was watching a camera walking with his mother, Mariana Cardim, before he was stuck by speeding motorcyclist Bruno Krupp. 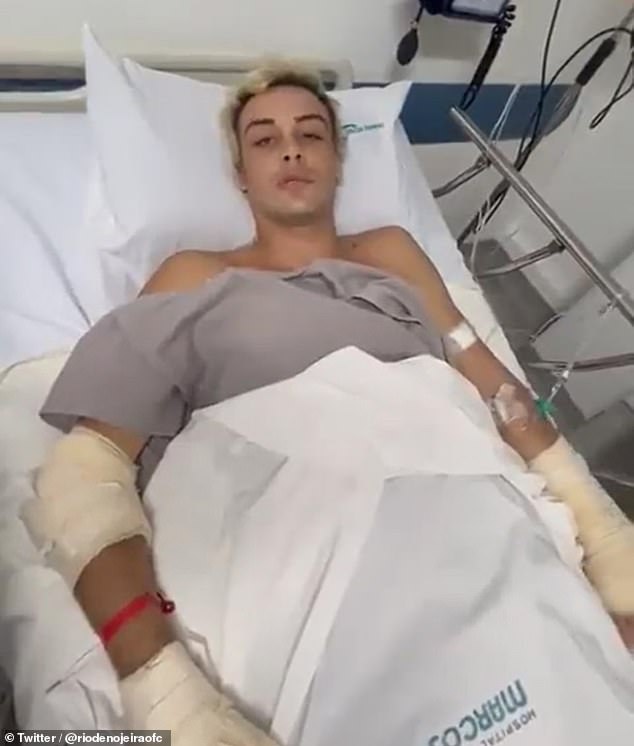 Still from a video statement issued by Brazilian model Bruno Krupp moments before he underwent surgery at a hospital in Rio de Janeiro on Wednesday. Krupp was riding his motorcycle without a driver’s license and ran over 16-year-old João Cardim, who died in a hospital moments after the accident last Saturday. “I didn’t drink, I didn’t do drugs. It was an accident, guys,” he said

Krupp, who underwent surgery to repair a broken collarbone, released a videotaped statement from his hospital bed before the operation, indicating that it was an “accident” on his part and that he was mistreated by the medical staff at the Lourenco Jorge Municipal Hospital while he waited to be treated.

The model dismissed rumors that he was impaired while riding a motorcycle.

“I didn’t drink, I didn’t do drugs. It was an accident, guys,” Krupp said.

Residents and police surround the motorcycle that Brazilian model Bruno Krupp was riding when he ran over and killed a teenager in Rio de Janeiro last Saturday. Brazilian network TV Globo reported Thursday that Krupp had failed a road test required to obtain a motorcycle license

He bought the motorcycle in May but failed a road test, Brazilian network TV Globo reported.

Before undergoing surgery Wednesday, Krupp told his attorney, William Pena, that the motorcycle’s brakes failed as he approached Cardim.

“There was no deception. “No one leaves the house to kill someone by being run over,” Pena told reporters Thursday. “‘Oh, I’m going to run someone over on the corner.’ There is a certain exaggeration with everything they publish.”

But Krupp is said to have been speeding, over 90 miles per hour before hitting the teenager.

“He’s famous, every weekend he spends here. The noisy motorcycles, they fly by here, sometimes they pass by here, and when we look at it, it is already far away, a kiosk worker who saw the accident on Saturday told Globo. 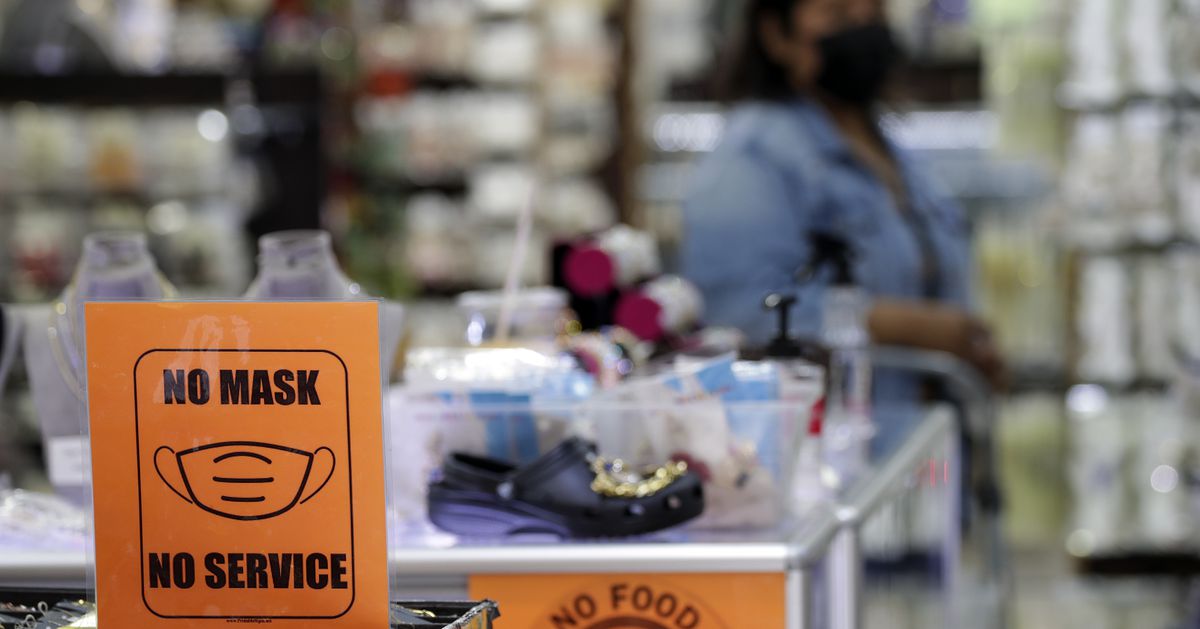 We are still not aware of the dominant BA.5 variant of Covid-19 signals 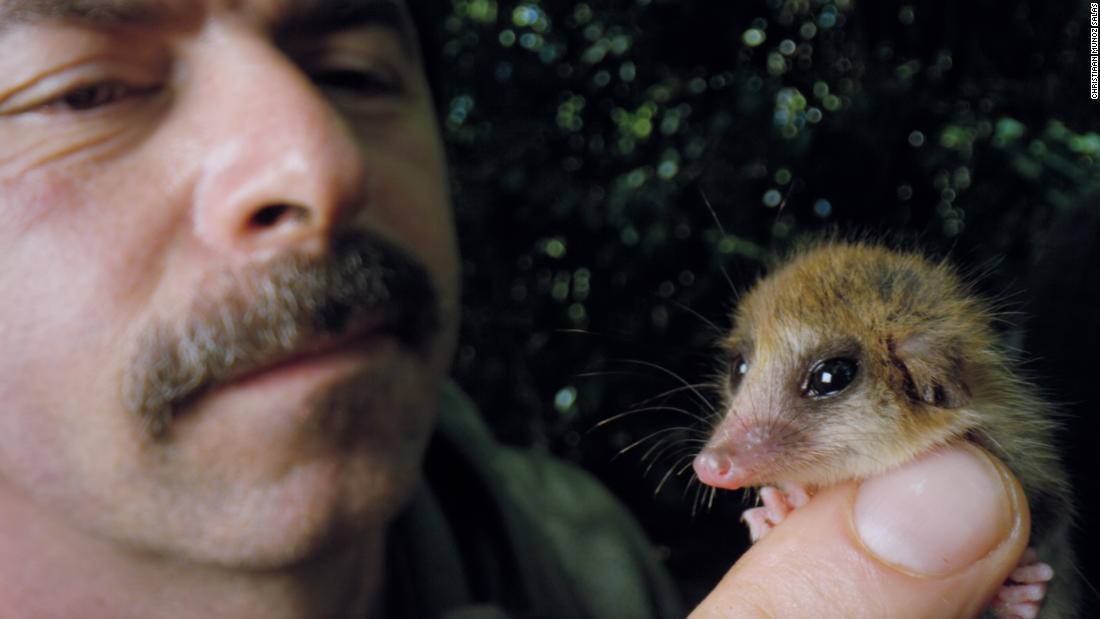