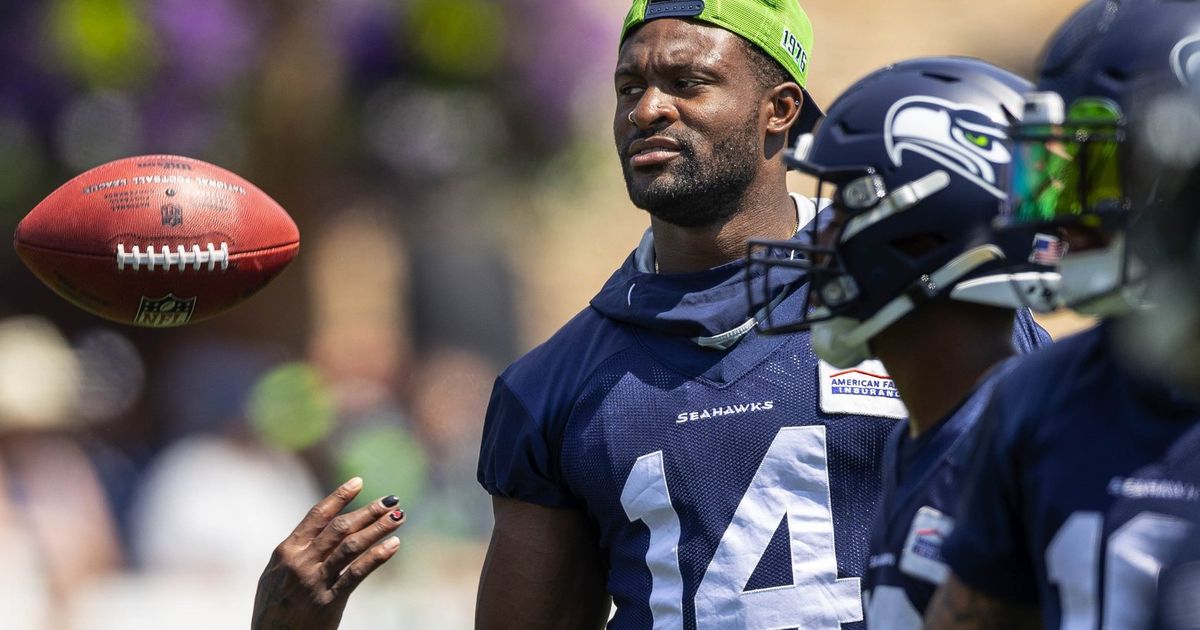 RENTON — There won’t be any extended DK drama, disrupting the runway of a season already riddled with enough problematic issues for the Seahawks.

On a day when health concerns over safety Jamal Adams darkened the mood, check the biggest problem off the list: receiver DK Metcalf is in the fold, just two days into training camp. The Seahawks thus have their franchise player, the new face of the organization, the symbolic embodiment of coach Pete Carroll’s steadfast insistence in the wake of the Russell Wilson trade that they not rebuild.

Despite repeated assessments from Carroll throughout the offseason indicating that a deal with Metcalf was inevitable, one could still envision a doomsday scenario where the sides reached an impasse. Especially in light of the extravagant contracts suddenly awarded to elite wide receivers, many of them after the original team decided it was too rich for their blood and initiated a trade. See Hill, Tyreek (among others).

But according to multiple reports, Metcalf on Thursday agreed to a three-year extension with Seattle worth $72 million — $58.2 million of that guaranteed, including a $30 million signing bonus that is the largest ever given to a receiver.

Thus ends Metcalf’s “hold-in,” the new term given to the underworld between total camp participation and a full-fledged, old-fashioned holdout. Instead, for the first two days, Metcalf was in limbo — visible in uniform during practice but not participating in drills, a tease that was a poignant reminder of two things — just what a physical specimen Metcalf is, and how much they would miss him him if he left.

Now everyone should be happy. Metcalf, at age 24, is getting his money’s worth and will hit free agency at age 28, when he should still be in his prime and prime. The Seahawks get the player most indispensable to their stated goal of competing in the rugged NFC West, which some would still characterize as a pipe dream in light of their unsettled quarterback situation. And they get him without having to set salary records; Metcalf’s $24 million annual average ties him for sixth in salary among NFL receivers.

Finally, on a team that has taken a significant hit in star power with the steady departures of stalwarts from their Super Bowl teams — epitomized by Thursday’s press conference to announce KJ Wright’s retirement, just a couple of hours before the Metcalf news broke — has the fans a charismatic and immensely talented player they can rally around.

Across the street from Lumen Field, Julio Rodriguez has shown the impact a player can have on an organization through both skill and spirit. Metcalf is hardly the unknown quantity Julio was entering 2022. He’s already shown in his three seasons with Seattle that he can have the best toolset of any receiver in the game, and he’s translated that into three seasons of tremendous production, especially in his sophomore campaign (83 catches, 1,303 yards, 10 touchdowns).

Those numbers dropped to 75 catches and 967 yards last season, although Metcalf’s touchdown total rose to 12 (and it should be noted that he was dealing with a foot injury that required offseason surgery). The Seahawks will look for Metcalf to be the go-to threat of their offense at a time when there are big questions about who will feed him the ball — and how well they will do it.

The Wilson-Metcalf connection was undeniably dynamic at times – but at other times, frustrating in the perception that Metcalf was not being utilized to his full potential. There may not be another NFL receiver who possesses Metcalf’s combination of size, speed and strength. Consequently, there were times you wished Wilson would just throw it up to Metcalf and let his instincts do the rest.

Can the Seahawks find a way to take Metcalf to the next level with Drew Lock or Geno Smith under center? That will be the challenge for offensive coordinator Shane Waldron to conquer. The presence of Tyler Lockett as a complementary threat will, as always, benefit Metcalf (and vice versa).

Now we’ll see what kind of relationship Metcalf can build with whoever wins the QB job, and to what new heights he can rise. Those are the kinds of questions the Seahawks are excited to find answers to.

It’s far preferable to the alternative question that threatened to dominate early camp: If and when Metcalf will show up. Now we know — and now the Seahawks can see how far Metcalf will take them.

lstone@seattletimes.com; on Twitter: @StoneLarry. Larry Stone calls on more than 30 years as a sports writer to offer insight, wisdom, opinion, analysis – and hopefully a little humor – regarding the wide world of sports. Topics include the thrill of victory, the pain of defeat, and especially the people responsible for both outcomes, as well as the great gulf between them.

Labriola in victory over Seattle 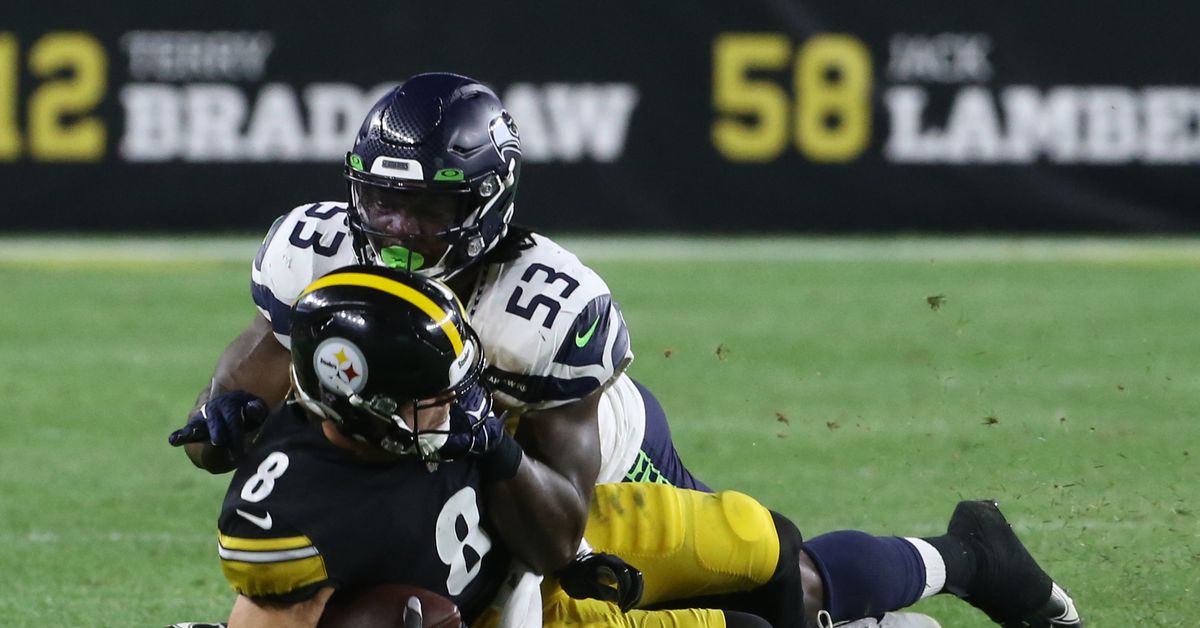 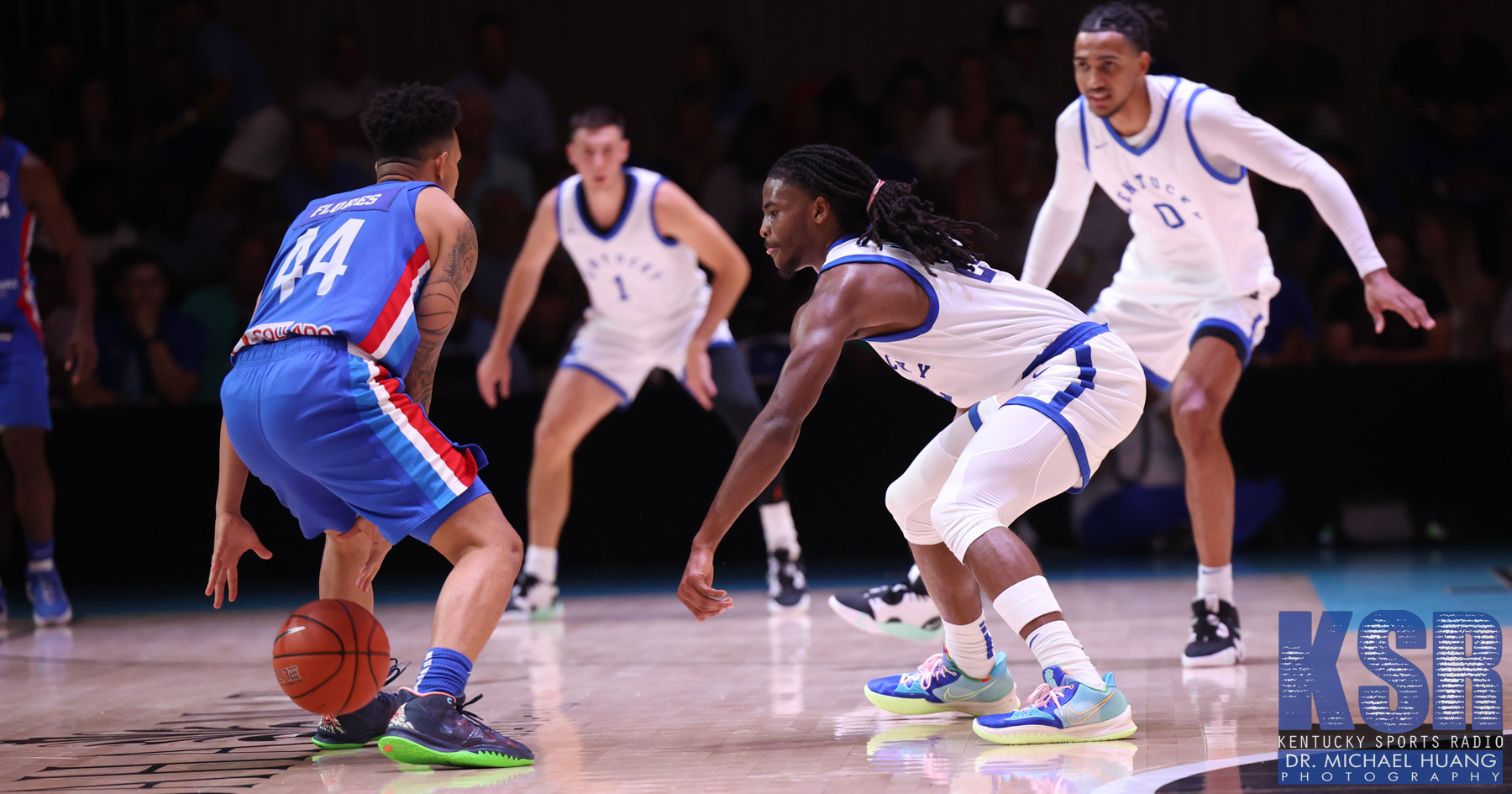 Takeaways from Kentucky’s Game 1 in the Bahamas vs. Dominican Republic Select