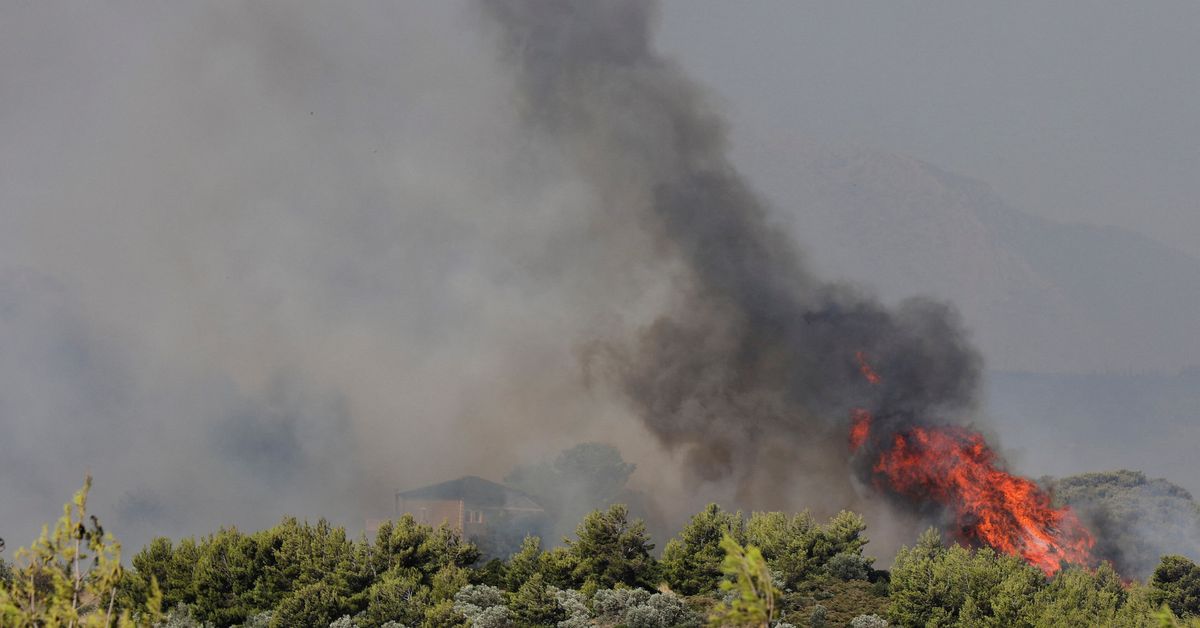 Since temperatures in southern Europe began to rise earlier this month, the heatwave has caused hundreds of deaths and sparked wildfires that have burned tens of thousands of hectares of land in countries such as Spain, Portugal and France. Britain and France both had record high temperatures on Tuesday.

The extreme heat wave is part of a global pattern of rising temperatures, widely attributed by scientists and climatologists to climate change caused by human activity. It is predicted to dump searing heat over much of China until the end of August. read more

Greece, which contained a huge forest fire that raged near Athens for two days and was driven by strong winds, urged Europe to do more to tackle climate change.

“The climate crisis is now evident across Europe, with particular intensity in the wider Mediterranean region. The cocktail of high temperatures, gusty winds and severe drought is inevitably leading to forest fires,” government spokesman Giannis Oikonomou said on Thursday.

“Europe must act in a coordinated and swift manner to reverse the climate crisis,” Oikonomou told reporters. “The solution cannot be given at the national level, because the problem is transnational and huge.”

Greek firefighters had tackled 390 forest fires in one week, about 50-70 fires a day, he said. According to the meteorological station in Penteli outside Athens, where the fire broke out on Tuesday, winds reached 113 km per hour (70 mph) at one point.

Due to climate change, forest fires are increasing in frequency and intensity in many countries, spreading smoke that contains harmful gases, chemicals and particulate matter and which can be harmful to health. read more

In Poland, authorities issued heat warnings for many parts of the country, with temperatures as high as 36.7 Celsius (98 Fahrenheit) measured in the western town of Kornik. In the northern port city of Gdansk, many residents and tourists went to local beaches to cool off.

A large forest fire broke out near the southern town of Brzesko, the Onet news website reported. Firefighters told Onet that more than 50 hectares of fields had already burned, and that the fire was moving towards a forest.

A house is engulfed in smoke as a forest fire burns nearby in the Pikermi suburb of Athens, Greece, July 20, 2022. REUTERS/Louiza Vradi

Temperatures in Poland are expected to drop this weekend.

In Italy, fires in Tuscany and Friuli Venezia Giulia continued to rage but did not appear to have spread, Italian news agency ANSA reported. New forest fires were discovered in the mountains near Bologna and bordering the A9 motorway, north of Milan, it said.

Fourteen cities, including Rome and Milan, were placed on the country’s highest heatwave warning on Thursday, with the number set to rise to 16 on Friday, the health ministry said.

ANSA also reported that a fire that started in northern Italy near Carso has spread across the border with Slovenia, damaging an area of ​​over 2,000 hectares (5,000 acres).

On the Slovenian side, 400 people from three villages had to be evacuated because of the fire, Slovenian news channels said.

Forest fires continued to burn in Portugal and Spain.

Fernando Gimenez (68) sat in a large sports hall filled with cots and plastic chairs and shed tears as he talked about leaving his home in central Spain, west of Madrid.

Gimenez was one of thousands of residents evacuated from the village of El Hoyo de Pinares due to a forest fire.

“I don’t know what I will find. Burnt trees. Nothing. I can’t even think about it,” Gimenez told Reuters. “I feel a kind of emptiness inside me,” he added.

The Spanish Red Cross has organized temporary accommodation for him and hundreds of evacuees.

“We work a lot with them on psychological support, to leave their home without knowing what’s happening, it’s difficult,” said a Red Cross group leader, Belen Lopez. 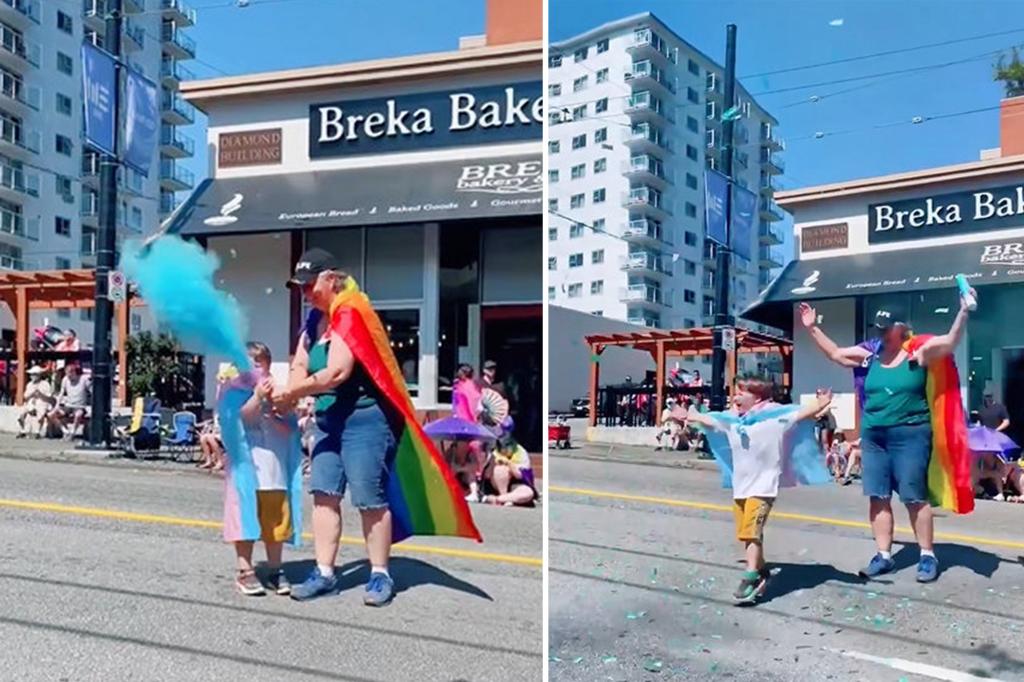 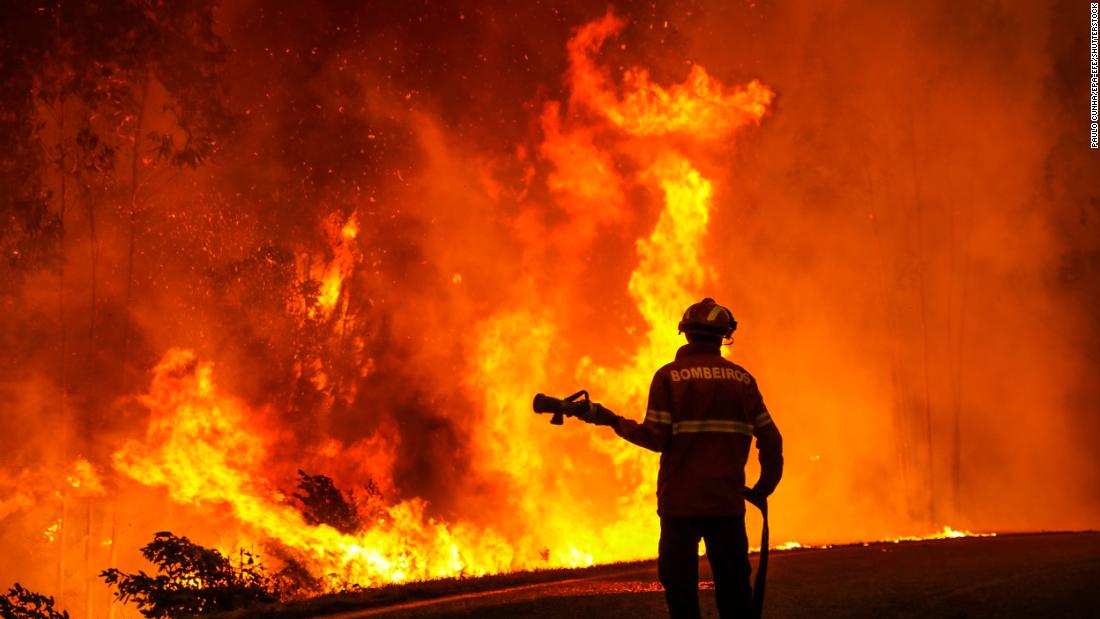 Forest fires rage in France and Spain amid heatwaves, while Britain faces its hottest day ever