“The Jet Zero strategy is designed to future-proof aviation so passengers can look forward to guilt-free travel.”

That’s the aim of Grant Shapps and the Department for Transport’s new plan, announced this week, to deliver zero-emissions flights by 2050. It sounds great to travelers and it has a catchy name, but is it too good to be true?

Research by a group led by Cambridge University, the Aviation Impact Accelerator (AIA), shared with Sky News, shows the scale of the challenge facing government and the global aviation industry.

Right now we burn 10 tonnes of jet fuel every second – that’s an Olympic swimming pool every three minutes. Replacing this with sustainable aviation fuel will require current production to be increased by more than 1,000 times.

We will get to the other obstacles – land use, electricity use, new aircraft and the money, later.

There are six central goals that will ensure that the government’s ambitious 2050 goals are met. There are two that we will look at in more detail, but click on the others for a brief overview of what they entail.

Points 5 and 6 are the ones we will look at in more detail, they involve making either new fuel or new aircraft.

The industry is currently trying to scale the production of “Sustainable Aviation Fuels”, which are drop-in substitutes for fossil jet fuel. These fuels include both biofuels, made from either plants or waste biomass streams; and “synthetic” jet fuel, generated from electricity used to make hydrogen from water, and carbon dioxide captured from the air.

One of the tools AIA has developed is called “Journey Impact Simulator”. It provides detailed estimates of the different impacts that different fuels will have on things such as CO2 emissions, land use, electricity demand and financial costs, for air travel in the future.

The tool is supported by technical data from a wide range of industries and is built by a team of over 60 experts from around the world, led by the University of Cambridge. It hasn’t launched yet, but they shared some results with us, looking at a flight from London Heathrow to JFK in New York in 2035.

That year is important because it’s about halfway to the 2050 goal, and when Airbus says it wants a hydrogen-powered plane on the market.

After checking through thousands of different technologies, fuels and routes, taking into account every element involved in production, the two best options AIA identified for replacing jet fuel are green hydrogen and synthetic fuel.

They should be available in significant volume by 2035 and are also two of the methods the government is most interested in and prepared to invest in.

First, in terms of climate impact, the benefits of moving away from fossil jet fuel are clear.

The alternative fuels do not remove the climate impact completely, but the reductions are significant. Currently, the climate impact per passenger of a flight from London to New York would be equivalent to 21% of the carbon footprint of an entire UK household for a year. This will drop by more than half, to 9% with liquid hydrogen and 10% with synthetic jet fuel.

The climate impact that remains is mainly caused by non-CO2 effects such as contrails. The only net CO2 emissions from the new fuel are from the construction of the equipment needed to produce the fuel – wind turbines, nuclear power plants, electrolysers and aircraft.

But making these new fuels is incredibly energy-intensive.

Producing enough synthetic fuel for a flight from London to New York would use 1.4 times as much energy as a UK household uses in a year. And that’s for every passenger. For hydrogen, it would be approximately 80% of an annual household electricity budget.

Powering all current synthetic-fueled aircraft would require 40% of the world’s electricity production, or all of the world’s low-carbon renewable energy sources and nuclear power to be used just for air travel.

This is partly simply because the amount of jet fuel needed is so large – and partly because it is extremely electricity intensive to make jet fuel from air and water.

It is also expensive. The tool predicts that the cost of producing synthetic jet fuel could double the price of a ticket. By 2035, at best, with low-cost green hydrogen and if hyper-efficient new engine technologies exploiting liquid hydrogen’s assets can be developed, the cost of fueling a jet fuel plane and a hydrogen plane could be equal.

The price may fall due to improvements in efficiency and falling prices of renewable energy, but even in the AIA’s absolute best-case scenario, they predict that using synthetic jet fuel will result in a 50% increase in the price of a ticket.

The alternatives we have seen are those with the lowest climate impact. Another option, which will not reduce the climate impact as much, but is cheaper and faster to scale, is biofuel – fuel made from plants.

But these are incredibly land-intensive. Generating enough fuel from timber to match today’s annual jet fuel use would require a forest half the size of Europe.

Some biofuels can be made from crops – but replacing our current global appetite for jet fuel with crops would be equivalent to giving every person on the planet an extra 1500-2000 calories every day. Further crop growth on this scale would compete with food production and water use, again just to feed flights.

What are the solutions?

The AIA says “it’s very important to look at the whole system – from resource requirements to all the different climate impacts. To keep flying we need to work fast. Our investment and policy decisions need to be based on an understanding of the entire aviation sector.”

For some experts, it ultimately comes down to something quite simple – people flying less.

Leo Murray, director of innovation at climate action campaign group Possible, says the plans show “the government has downplayed the scale of the challenge”.

Research by Possible shows that under successive governments the aviation industry has only met one of its targets since 2000.

“The goals are voluntary and there are no consequences for not meeting them because they don’t expect them to be met. No one actually foresees these technological improvements, if they did they would have no problem putting a plan B that keeps the industry responsible.

“There is currently no tax on jet fuel or airline tickets, they are in the same category as necessities like wheelchairs and baby clothes. Even tampons have just gone into that category. Look at the tax we pay on other forms of transport.

“It’s difficult for politicians to go back on that and make flights more expensive, but ordinary travelers who have one or two family holidays a year are not the problem. We don’t want these trips, which are sacred in British culture, to be unavailable to people with low income.

“Business travel isn’t even the problem, it’s one in 10 flights and has gone down since COVID. The problem is that 15% of people, the highest earners, take 70% of all flights, for holidays. We can charge those people with a frequent flight tax and try to reduce the total demand for flights.

“We just have to do less flights. At this point, we have no plans to meet our climate commitments.”

A DfT spokesperson said: “We are committed to decarbonising transport, not by stopping people from doing things, but by helping people to do the same things differently and more sustainably.

“Our analysis suggests that the aviation sector can achieve Jet Zero without the need for government to intervene directly to limit aviation growth, with net zero targets achieved by focusing on new fuels and technologies in a way that reduces impacts on wider sustainability.”

The show examines how global warming is changing our landscape and highlights solutions to the crisis.

AIA’s Journey Impact Simulator, one of the tools used in this article, will be publicly released later this year. Their Resource to Climate Comparison tool, RECCE, comparing different fuels and technologies in 2035 in terms of their climate impact and required global resource use and costs, is live on the AIA website.

The Data and investigation team is a multi-skilled unit dedicated to providing transparent journalism from Sky News. We collect, analyze and visualize data to tell data-driven stories. We combine traditional reporting skills with advanced analysis of satellite images, social media and other open source information. Through multimedia storytelling, we aim to better explain the world, while at the same time showing how our journalism is done. 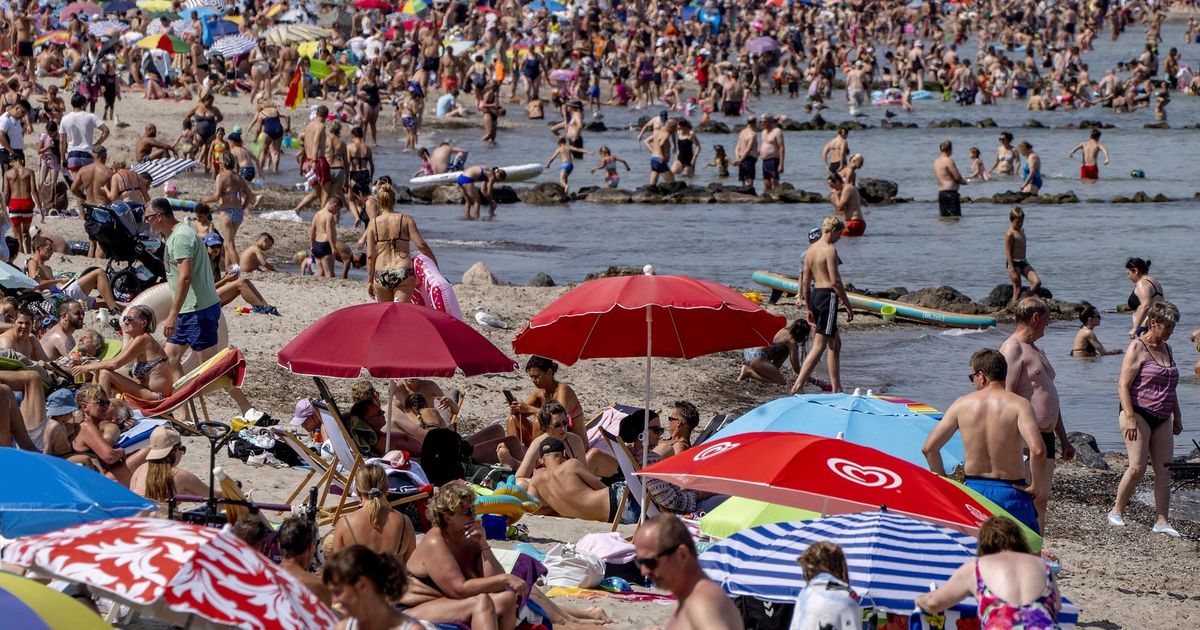 Top tips for avoiding crowds on your next holiday | Travel troubleshooting 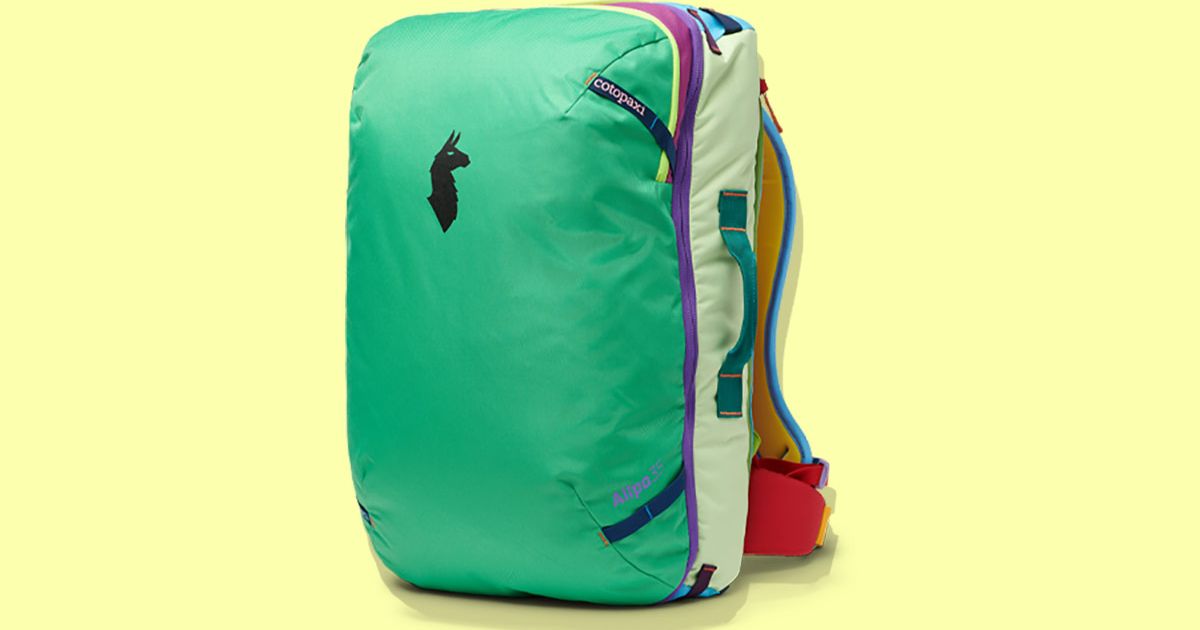