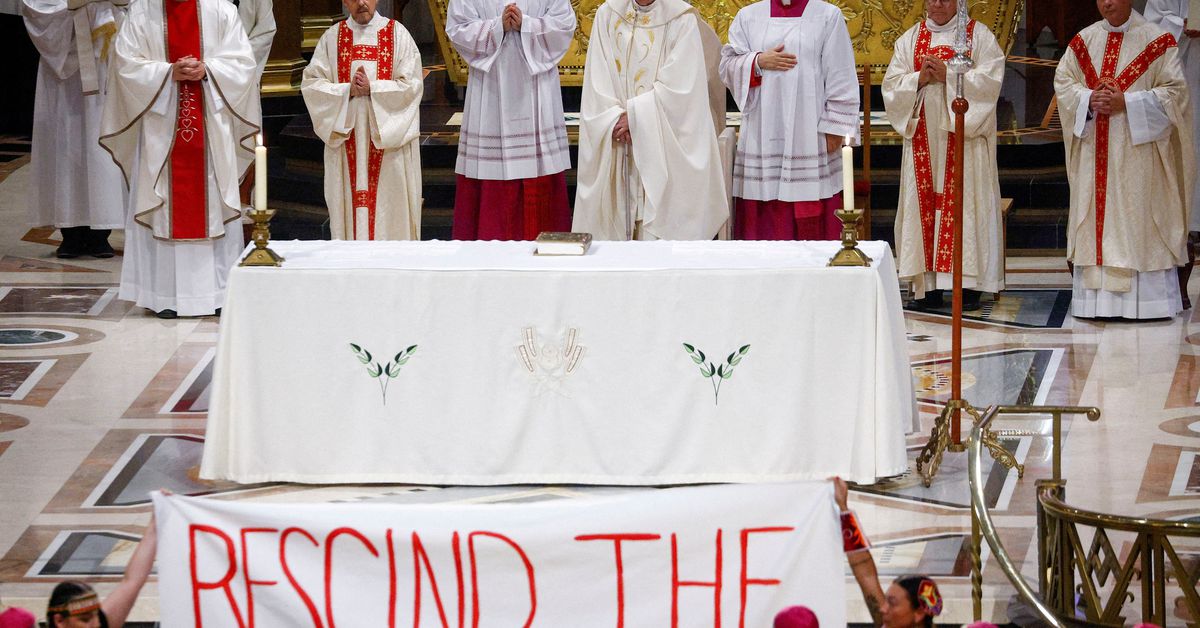 People hold a banner as Pope Francis presides over a mass at the Sainte-Anne-de-Beaupre shrine, one of the oldest and most popular pilgrimage sites in North America, in Sainte-Anne-de-Beaupre, Quebec, Canada on July 28, . 2022. The banner reads: “Repeal the doctrine”. REUTERS/Guglielmo Mangiapane

SAINTE-ANNE-DE-BEAUPRE, Quebec, July 28 (Reuters) – Attendees at Pope Francis’ Mass in Canada on Thursday unfurled a banner calling on him to formally rescind 15th-century edicts that justified the papacy’s taking of indigenous lands.

The large banner protesting the doctrine of discovery was unfurled near the front row facing the congregation as the pope began mass at a cathedral outside Quebec City. Most of the people in the church were indigenous.

Two women held up the banner, written on a white sheet of paper with red and black letters, and later took it down themselves.

It was not clear whether the Pope, standing behind the banner, was able to see what it said.

The doctrine of discovery was laid down in papal bulls from the 15th century, or edicts. The indigenous people of Canada have been calling for its abolition for years. In 2015, Canada’s Truth and Reconciliation Commission, which spent six years investigating residential schools, listed its rejection as one of 94 calls to action it issued.

Francis is on a week-long tour of Canada to apologize for the church’s role in the abusive school system, which removed indigenous children from their homes in a forced cultural assimilation program. read more

A spokesperson for papal visit organizers said Canadian bishops are asking the pope to address the doctrine of discovery.

“Galvanized by the calls of our indigenous partners, and by the Holy Father’s remarks, we are working with the Vatican and those who have studied this issue, with the goal of issuing a new statement from the Church,” Laryssa Waler wrote in an email Thursday.

“Canada’s bishops continue to reject and oppose the ideas associated with the doctrine of discovery in the strongest possible way.”

Massimo Faggioli, a professor of theology and religious studies at Villanova University, said it was unlikely the pope would formally rescind the doctrine, but he should address it.

“The church doesn’t work like that — it doesn’t issue a document that says, ‘Now we’ve decided that this old doctrine is no longer true,'” he said. “The way the Church does it is to produce new documents with new doctrines that replace old doctrines … I think (the Pope) should address that issue, and I think he will. But not with a formal document.”

Canadian Prime Minister Justin Trudeau also “discussed the need to … address the doctrine of discovery” in a meeting with the pope on Wednesday, according to a statement from his office on Thursday. 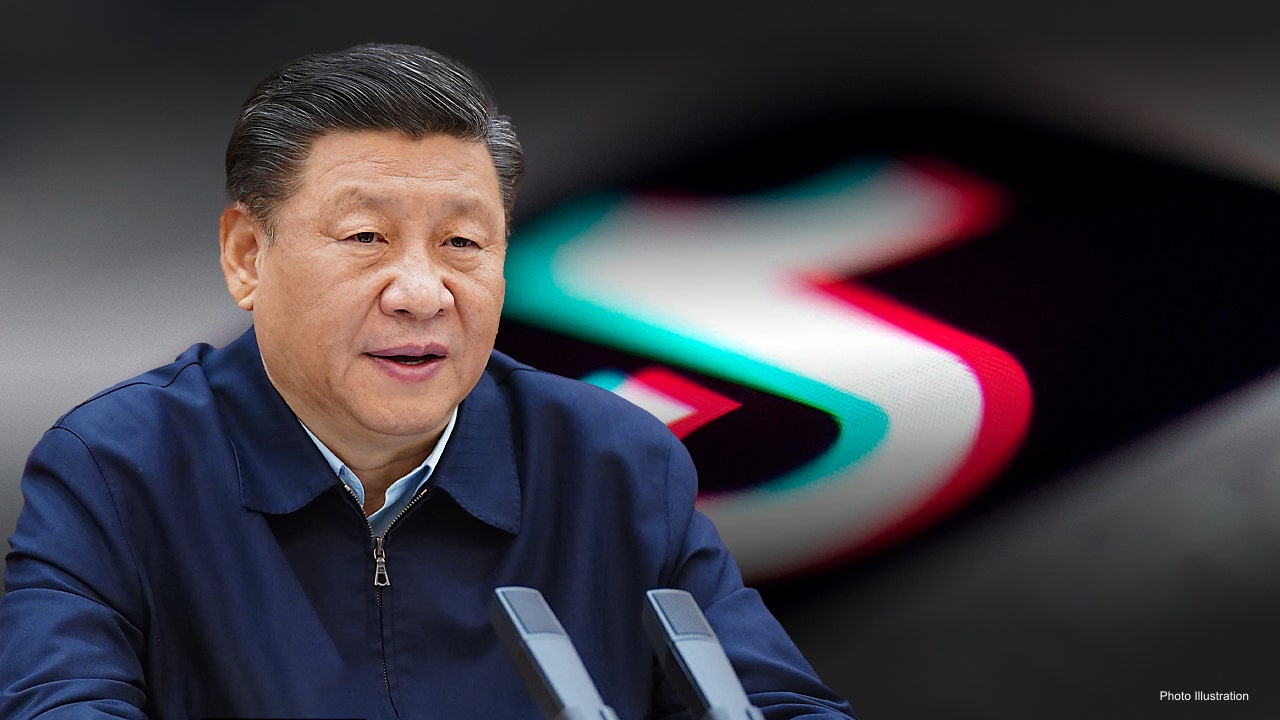 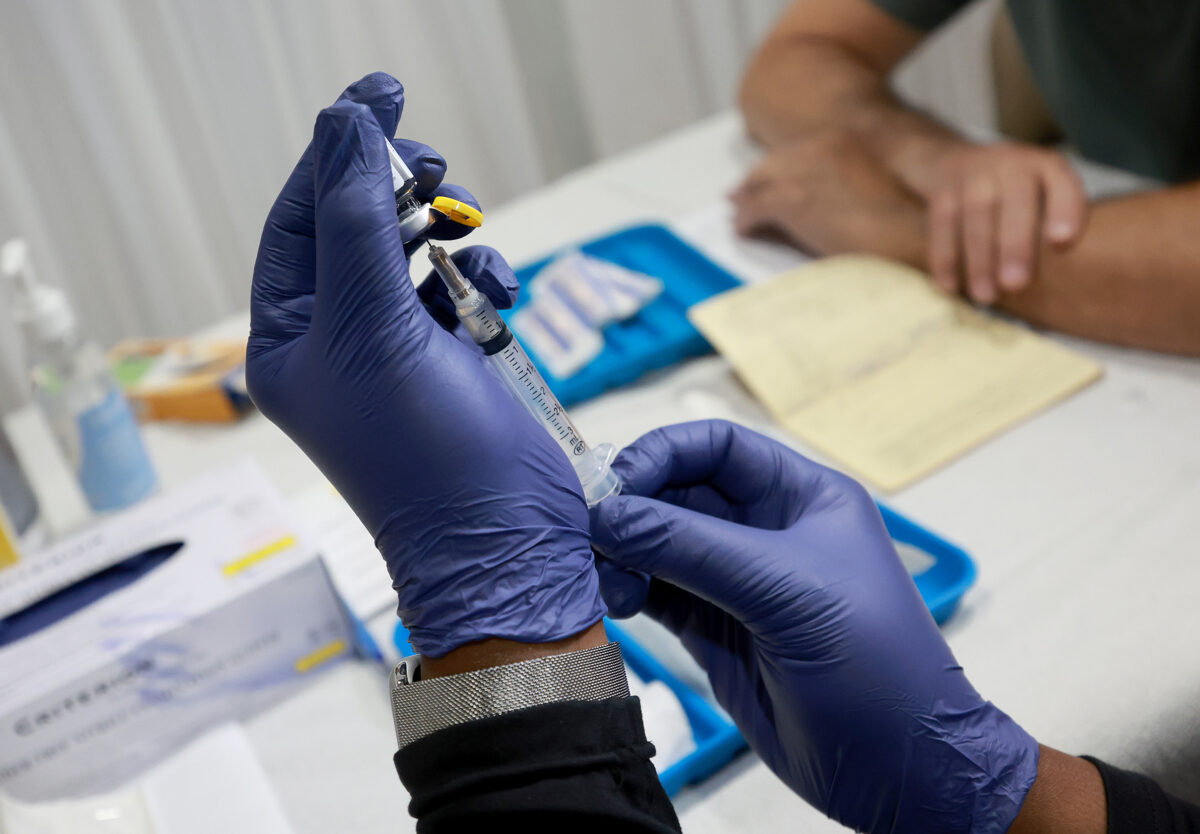