A man is dead and another injured after a large sinkhole suddenly formed under an in-ground pool at a site in the village of Karmei Yosef in Israel, authorities confirmed Thursday.

The deceased man, whom police identified as 32-year-old Klil Kimhi, was reportedly attending a private, celebratory work event held by a company that rented space for its employees.

In his memory, friends are already posting on Kimhi’s Facebook wall after his death.

One thanked him for “everyone laughing” and another described him as “the best friend in the world”.

Israel Hayom, a Hebrew-language newspaper, acknowledged Kimhi’s passing on Facebook, writing: “Heartbroken: Kalil Kamchi is the victim of the washing disaster in the private pool in [Karmei] Joseph. May his memory be a blessing.”

A video of the tragic incident – seen by Fox News Digital – shows the sinkhole rapidly withdrawing water and the pool flooding in as swimmers tried to escape the sudden trap.

A group of medical personnel respond to a call in Karmei Yosef, in central Israel, after a man was swept into a sinkhole in the pool in the middle of a private party where several people were also swimming. In addition, a 34-year-old man was injured and survived.
(Israel National Fire and Rescue Authority)

Kimhi’s body was found hours after emergency personnel completed the search, according to local reports in Israel.

The police have not yet revealed the cause of death.

In a statement translated from Hebrew to English and given to Fox News Digital, Israeli police said: “At the end of operational searches, the police, fire and rescue services and the IDF Homefront Command found the missing man, an approximately 30-year-old man. -old resident in Tel Aviv – unfortunately he was dead, the statement said.

Aviv Bublil, the lifeguard working at the pool party, told Israeli news website Ynet that around 2:00 p.m. Israeli time, a “vortex” appeared in the pool.

She told the outlet that she screamed for people to get out of the pool, but they stayed.

Bublil added that the swimmers may have thought it was a game (perhaps not realizing they were in danger).

Police have yet to reveal the cause of death of 32-year-old Klil Kimhi, who was tragically killed after a sinkhole opened up in a pool during a party.
(Israel National Fire and Rescue Authority)

“Seconds later the ground just fell, what looked like a giant sinkhole,” Bublil said. “I saw two people … two people were missing. One that we could not locate and one could be seen among the rubble from above. My first instinct was to try to get in … but there was no way to go inside. So they called the emergency services.”

She continued, “It was a matter of seconds. It’s not something that looks normal, that’s why I realized that it’s some kind of unusual event that I don’t usually see in pools.”

Another adult man who escaped from the sinkhole was treated by staff at Magen David Adom (MDA), Israel’s national emergency medical, disaster, ambulance and blood bank service, The Jerusalem Post reported on Thursday.

“A 34-year-old man who pulled himself out of the pit was sitting outside the pool upset,” MDA paramedic Uri Damari told the outlet.

– He suffered minor injuries to his head and limbs, and after medical treatment we evacuated him to hospital.

A first responder stands next to the damage caused by a sinkhole, which opened during a pool party in central Israel; one man died and another was injured on Thursday 21 July 2022.
(Israel National Fire and Rescue Authority)

A sinkhole is a hole or “depression” in the ground that “has no natural external surface drainage,” according to the US Geological Survey (USGS).

“Basically, this means that when it rains, all the water stays inside the sinkhole and typically flows underground,” the agency states on the US Department of the Interior’s website.

Sinkholes are most common in regions (called karst terrain) where certain types of underground rock can be naturally dissolved by groundwater circulating through the surface, the USGS reports.

As water from precipitation seeps into the soil, soluble rocks (salt beds and domes, gypsum, limestone, and other carbonate rocks) begin to dissolve, “creating underground spaces and caves,” according to the USGS.

The large sinkhole that opened in the middle of a pool party in Israel is pictured here. One man died after being pulled in while others struggled to get away.
(Israel National Fire and Rescue Authority)

“If there is not enough support for the land above the gaps, a sudden collapse of the land surface can occur,” the USGS said.

Last year, Ittai Gavrieli of the Israel Geological Institute told Agence France-Presse (AFP) that there are thousands of sinkholes around the coast of the Dead Sea, in Jordan, Israel and the West Bank, The Times of Israel reported.

The USGS states that no data is available on sinkhole collapses in America, although some states will track collapses individually through geological surveys. 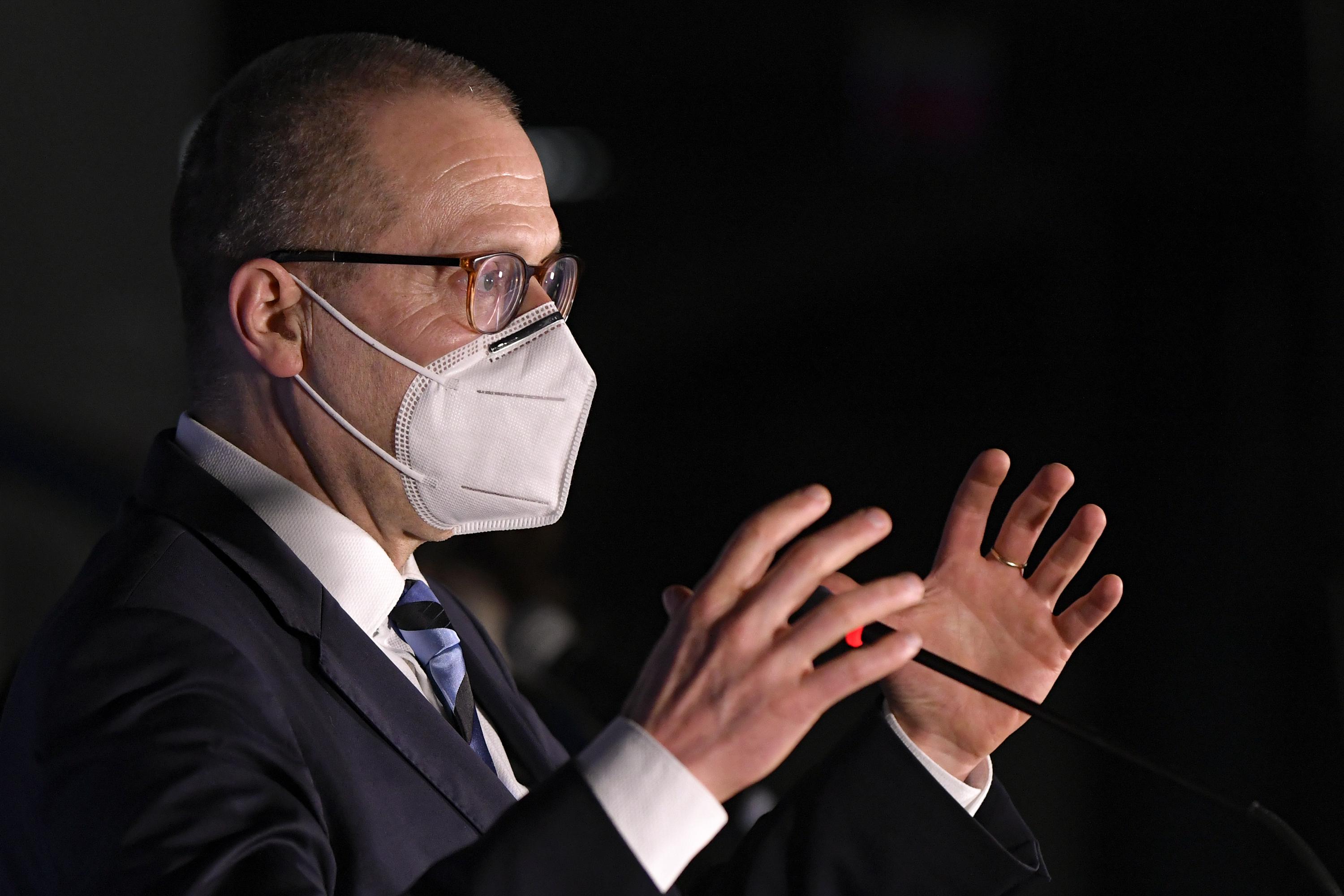 What you should know about Langya henipavirus, LayV, which infected 35 in China

‘We must not show fear’: Colombia’s children learn to defend their way of life – a photo essay | Global development