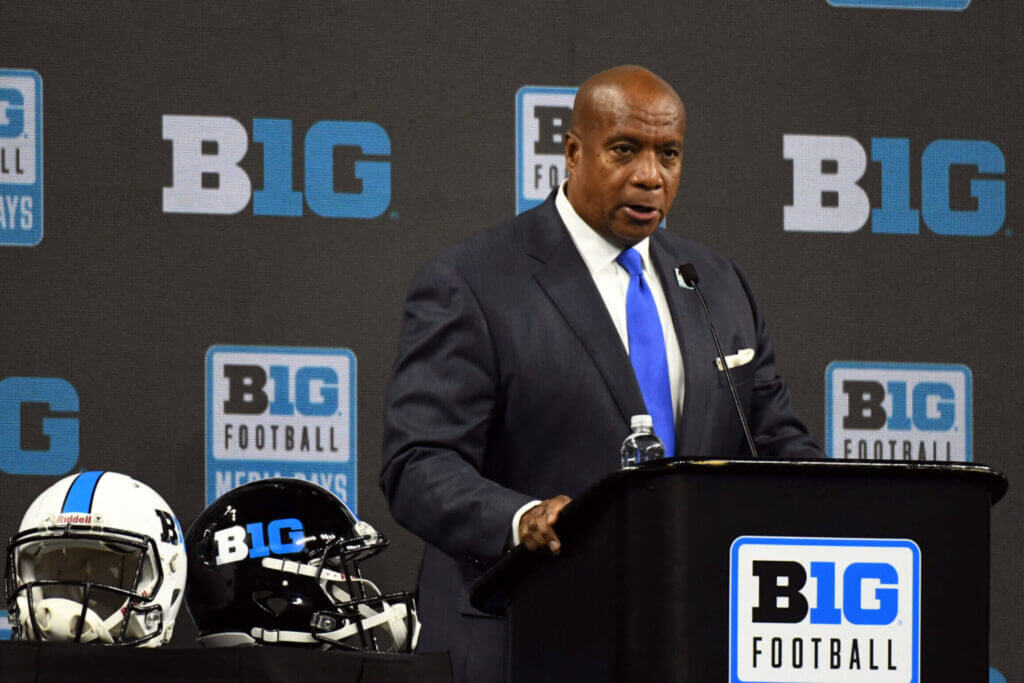 INDIANAPOLIS — Kevin Warren is a man often pulled in a million directions at once, but in this quiet moment Wednesday night, he’s just a man who’s done.

The Big Ten commissioner has completed all of his media day commitments. He has spoken to countless TV presenters and bowl representatives. He has caught up with each of his football coaches. And he has noticed the rest of college sports.

Warren has used a field-level suite as his home base this week, tucked away from the coaches, players and reporters scattered across the Lucas Oil Stadium turf. From this suite, he can peek and see what’s going on — and he’ll come out to spend a few minutes with Michigan State coach Mel Tucker before heading back to East Lansing — but no one can see him inside. Not easily, anyway.

The door to the suite is almost completely closed. It is open, but just like that – an appropriate metaphor when the conversation turns to the subject of restructuring and conference expansion. Nearly a month has passed since the Big Ten added USC and UCLA, and each day has brought fresh informed (and uninformed) speculation about potential new additions to come. And they may come one day, but it is not yet clear when that day will come.

“The Big Ten is not in the active market,” Warren says The Athletic. “I have to make sure that our 14 (members) are solid and strong. We have two coming in that I want to hand off to.

“Then, I think, it will be clear as far as whether there are other interests that make sense for us. … Any other areas of expansion — I think that will become clear.”

His tone is different from the day before, when he stood at a podium and said the future could include expansion that “will be done for the right reasons at the right time” and that will be “strategic.” He said the Big Ten would be “aggressive.” That language doubled as a sort of warning shot throughout the rest of college sports, forewarning that the Big Ten wasn’t going to sit back now that they had their new LA schools. One industry source noted that Warren may be a little too loose with his language right now, not realizing that his words carry extra weight on the heels of the coup he just orchestrated.

And now everyone is focused on Who is next. Would the Big Ten add a true West Wing – say Oregon, Washington, Cal and Stanford? That could help USC and UCLA schedule Olympic sports and the conference in its push to claim the late Saturday night start window. It’s an idea that makes a fair amount of logical and geographical sense, but only Big Ten leadership can know if it offers enough value to execute.

Everyone also has a focus on when. This is the more interesting question, the reason why there is so much breathless coverage of potential moves and positions. People seem to forget one important factor: The Big Ten started this. After a brief but notable period of relative calm, the Big Ten was the conference that got the realignment ball rolling again in late June. This conference is the aggressor this time. This conference is the one that made a move others must now react to. The Big Ten made a choice to add USC and UCLA — and just those two.

The Big Ten could have added more schools in that time, if they wanted to. The league could take half of the Pac-12, or at least Oregon and Washington, if it wanted to. There was no bidding war with the SEC for USC and UCLA; it was only the Big Ten who swooped in under cover of darkness.

So why the rush now? Why would the Big Ten have to react to – checking notes – the Big Tenits own move to add USC and UCLA?

The only reason to do it something is that if you are concerned, you will lose a valuable prize by not moving quickly. But if Notre Dame thinks it can keep its cherished independence for now, the Irish aren’t going anywhere. If the ACC’s rights allocation agreement is as ironclad as those in the league think it is, the best programs may not be available for a while. And if it’s not clear if the SEC wants to go across the country to the West Coast, what’s the rush with the Pacific Northwest schools? Or in the Bay Area?

Maybe there isn’t one. Maybe there’s no need for a knee-jerk reaction, especially if the Big Ten head coach has been evaluating potential additions since before he took the 2019 job, as he said this week. He has also had a subcommittee on extension investigations in place for several months. The league has the information it needs to act, but it knows it doesn’t need it.

“The experience of adding one school is very complex; two is very complex, says Warren. “Because of that, I really want to focus on all 14 of our schools. Our membership is strong, and for our two new family members coming in in 2024, I want to provide exceptional transition service for them. You have to be focused on that.”

So how does he balance leaving the door open to potential new additions and avoiding the temptation to add members just because potential customers call? Establishing the value of the Big Ten at the school that calls. Evaluation of management and internal adaptation. Determine if its academic profile matches the schools that would be peers in this conference. If such stars align like they did with USC and UCLA, Warren believes it would be obvious the Big Ten would have to make a move.

“These are first-world problems,” says Warren. “But if it happened — whether it was a month or four years from now — we would find out.”

The Big Ten is now undoubtedly in a position of power. Its commissioner had been widely maligned for much of the first two years of his tenure, particularly regarding his handling of the pandemic in the summer of 2020 and last summer’s ill-fated formation of an alliance with the ACC and Pac-12 (which Warren says he does not regret he joined, even now). But now he’s built relationships and trust at his alma maters, which directly enabled him to add USC and UCLA while keeping development extremely close to the West.

Now he is the toast of the conference, the man who delivered Los Angeles to the league and who helped ensure that the Big Ten got to chart its own course going forward. No matter what college sports looks like five or 10 years from now, the Big Ten will have a say.

“I wasn’t going to go into (this job) and say, ‘Oh, well, this is the way it’s been,'” Warren says. “The organizations, entities and people that will be able to thrive in a disruptive environment are those that embrace being comfortable in an uncomfortable situation. The organizations or conferences that will come out of this in a really good position are those that are able to adapt and be nimble.”

In other words, the leagues best positioned for success are the ones that disrupt. And because the Big Ten just did some, it can afford to be patient. This is a luxury given to those who transform the landscape, those who set the agenda for everyone else. After all Warren has endured to get here, he has earned it. 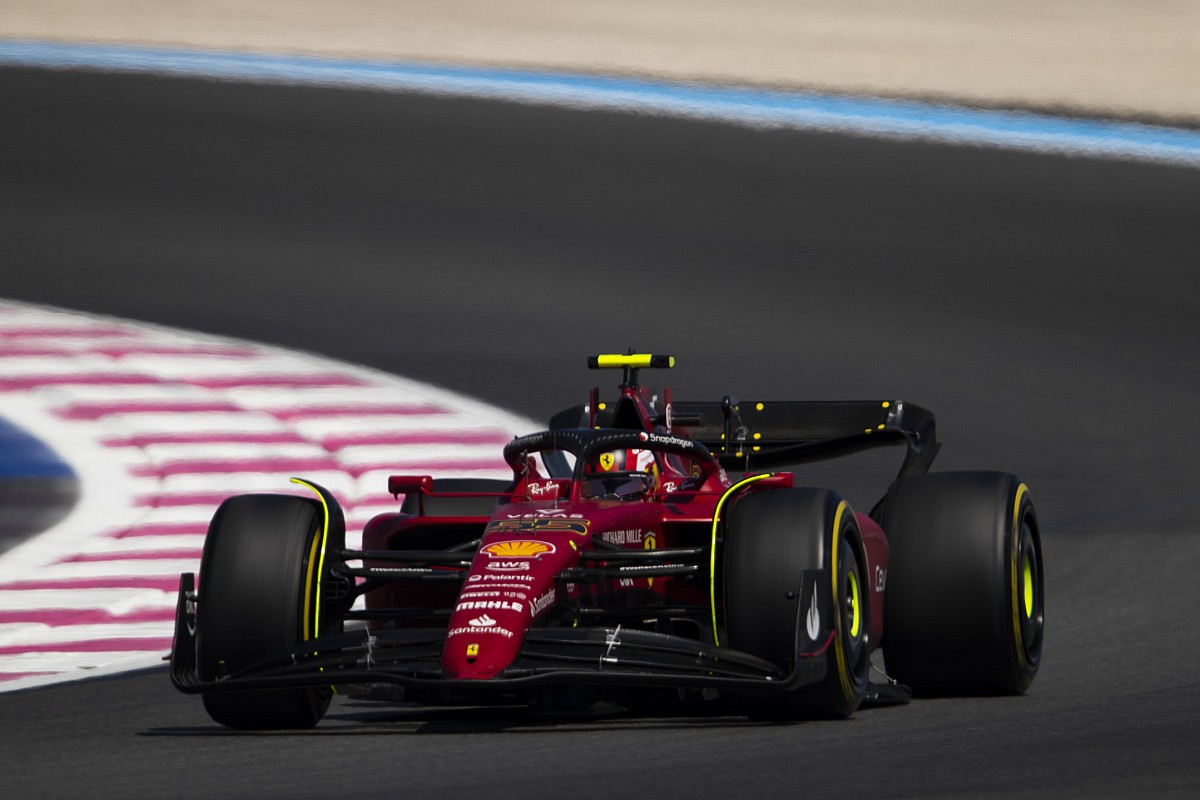