We came home from vacation, finally, on the third day of the test. Not bad, really, compared to this hellish summer. Better than being stuck for 21 hours in traffic outside Dover with a screaming toddler in the back and no toilet for miles. Or sitting on the tarmac for six hours in a heat wave without food or drink, as the inmates on an American Airlines flight to New York reportedly experienced this week. At least I didn’t miss a wedding or a funeral, or even (as a distraught passenger on what was supposed to be our flight home) try and fail to make it back to a sister’s graduation.

All we had to contend with was a flurry of last minute changes to our tickets, followed by someone else’s plane breaking down on a runway in New Jersey and setting off a now sadly familiar chain reaction: delayed departure, jumbo jets queuing up on the tarmac. unloading increasingly stressed passengers at the curb, a missed connection, a day and a night unexpectedly stuck at Newark airport. There’s only so much time you can kill yourself at Donald Trump’s “I’ll be back!” T-shirts and Kamala Harris commemorative socks for sale in the gift shop at the airport.

Still, we managed to make it onto another flight the next evening, which was airborne for a hopeful hour before we started leaking hydraulic fluid somewhere over Canada, leading to a scramble back to Newark and a runway lined with emergency vehicles. The rest, to be honest, is a blur. After more than 48 hours in transit, everything takes on a faintly dreamlike quality, the haze of living on a diet of airline snacks and never being sure what time it is in real life.

Travel chaos is the ultimate in first-world problems, limited of course to those lucky enough to be able to afford a vacation. But if it’s a luxury complaint, it’s also an enlightening one, a lens that something can finally bring into focus. Going away in the summer is something most people take for granted. When even hopping on a Channel ferry becomes a heroic expedition against the odds, the sense of things falling apart at the seams is palpable.

The Home Office has been failing for years now. But when more than half a million people are waiting to renew their passports, these mistakes become impossible to hide even for those who normally don’t notice. Nothing brings home the reality of Brexit, meanwhile, like gridlocked motorways in Kent. Now, a summer of airmageddon threatens to reveal some painful truths about post-pandemic working life, too.

The never knowingly understated Ryanair boss Michael O’Leary has blamed canceled flights on a government that “couldn’t run a sweet shop”, along with airports failing to prepare for a predictable summer rush, which feels at least partly true. Ryanair was better than anyone at lifting travel bans; the company kept its staff through the lockdown (albeit while taking an unpopular pay cut), and has been visibly annoyed by airports canceling seats at the last minute, kicking angry passengers off otherwise viable flights. But this is not a universal story. We were asked to arrive at Heathrow four hours before our flight, where we found the longest queues not at security but at woefully understaffed airline check-ins. Too many carriers who dumped employees like hot potatoes during Covid seem surprised they haven’t come running back now it’s over. Why be loyal to bosses who showed no such care for you?

Globally, an estimated 400,000 aviation workers were fired, laid off or warned that they faced layoffs in the spring and summer of 2020. Many now understandably show little inclination to come back and save companies that made them feel disposable. Pilots who left the RAF a few years ago for an apparently quieter life flying civil aircraft are now heading back in the opposite direction. Thanks to an unusually tight labor market, cabin crew are finding they have alternatives to an industry notorious for cost-cutting (Lisa Nandy, the shadow equalization secretary, whose constituency includes Manchester airport workers, says she’s heard from crew pot-noodles with them on stopovers because the company’s meal allowance no longer covers the cost of dinner when they land). Among those who stayed on board, resentment seems to be growing. As we gloomily watched the departure boards at Newark light up with cancellations, Lufthansa scrapped hundreds of flights through Frankfurt and Munich after staff walked out. British Airways pilots threaten next strike over pay and conditions.

Long before Covid-19 hit, the aviation industry had become a skin-by-teeth operation operating on punishingly tight margins. First, airlines managed the cycle of fierce consumer demand for cheap fares by charging for things that used to be free. Do you want to sit next to your own children, or take a proper suitcase with you? It will be extra. But lately things have taken a darker turn. American Airlines’ pilots union recently accused companies of “trying to fly more planes than they can actually fly and building these schedules to an inhumane level”, prompting calls in the US for an investigation into the wider industry. If you can’t feel sorry for stranded holidaymakers, consider short-staffed crews bearing the brunt of anger, all while watching colleagues drop like flies in a new wave of Omicron. The captain of our aborted Newark flight was taken off standby after the original pilot fell ill at the last minute, and when we finally took off five hours late, it was only because the crew volunteered to extend their workday; board quickly, we were warned, or there won’t be a crew at all (there are legal limits to how long they can work without a break). Watching the exhausted flight attendants rush through take-off routines was the first time I’ve ever felt a twinge of nerves, rational or not, about flying.

Memories disappear almost as quickly as Christmas soda, so maybe next summer we will have simply forgotten what this one was like. But not everything can be shaken out as easily as sand from a beach bag, and a lasting legacy of recent years may be a new sense of fragility: the uncertainty that comes from the feeling that loyalty is not rewarded, jobs are not for life, things like a time was taken for granted, can no longer be guaranteed, and something somewhere may have been eroded beyond repair. Fasten your seat belts: it means turbulence ahead. 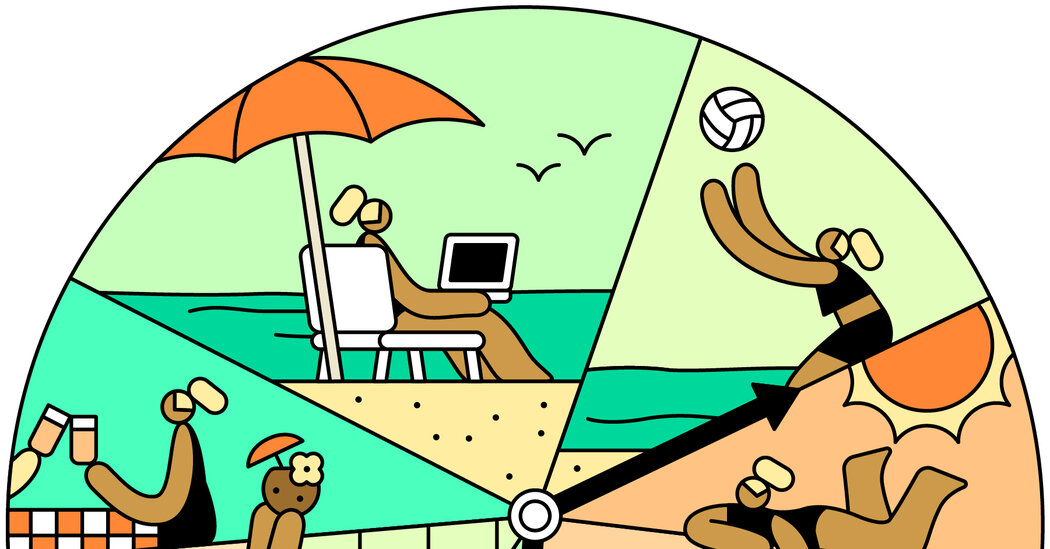 Meaning | Is it okay to work on vacation? Yes, if you do it right. 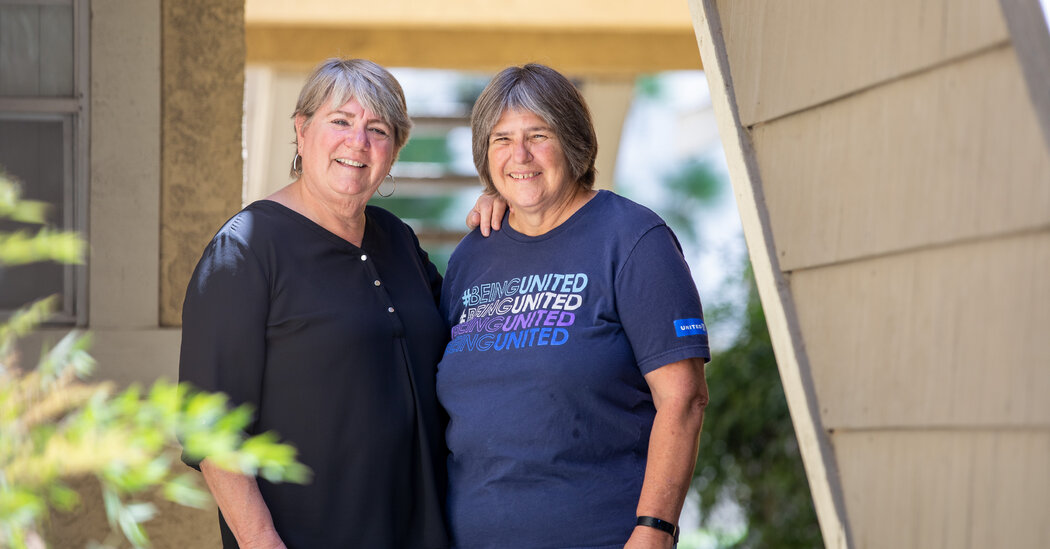 Silver-haired and shameless about benefits: Pensioners take part-time work in the travel industry 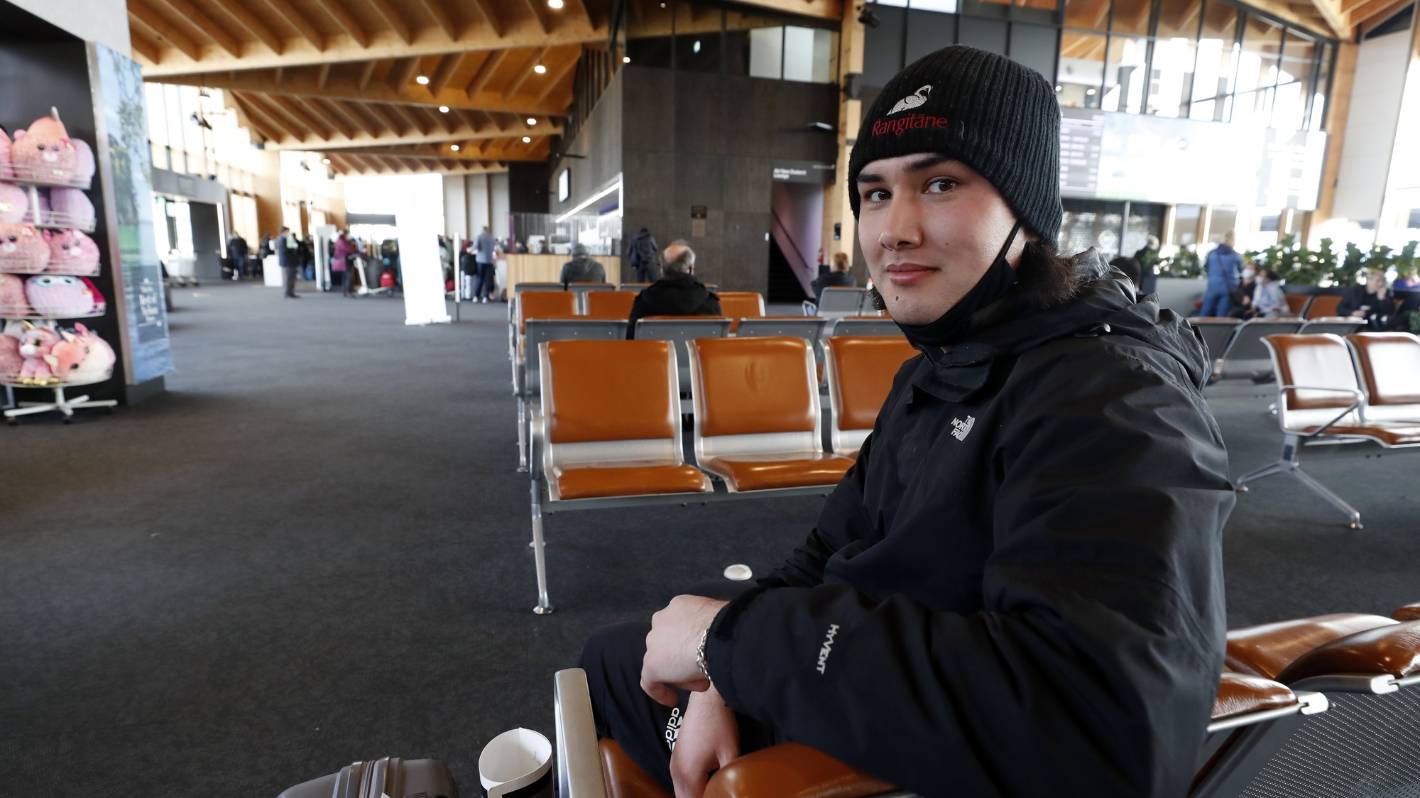 The South Island ski trip turns into a week’s stay